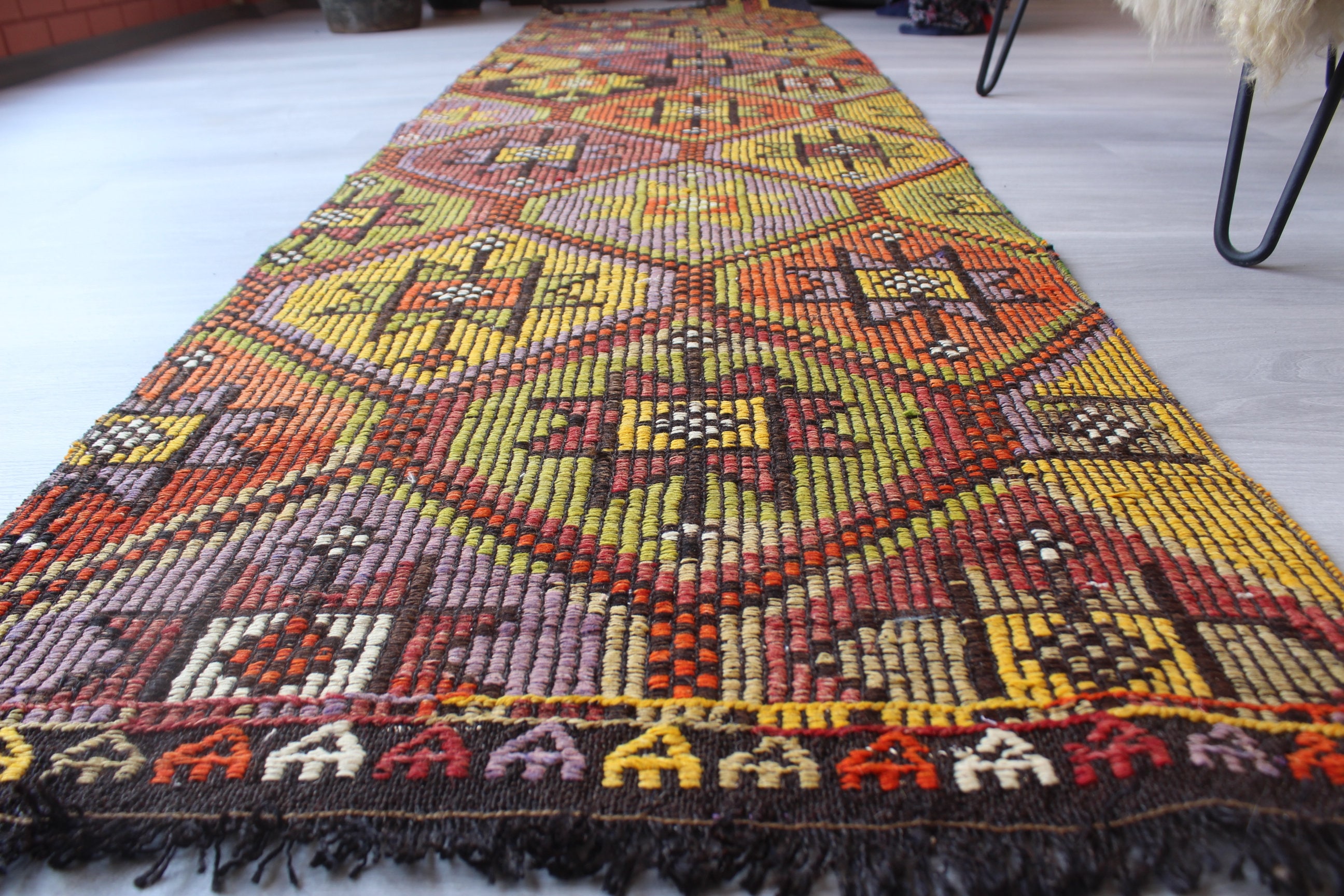 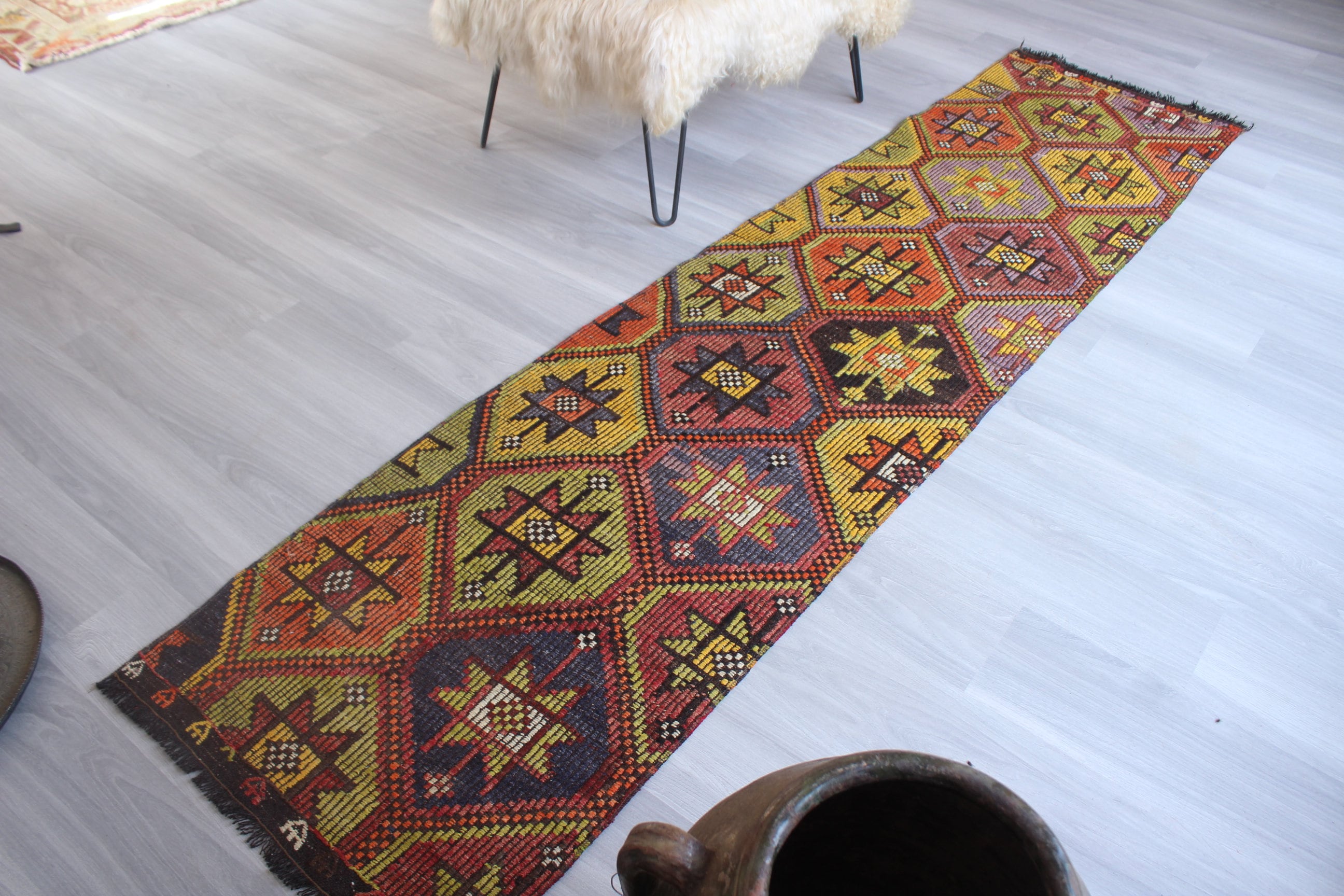 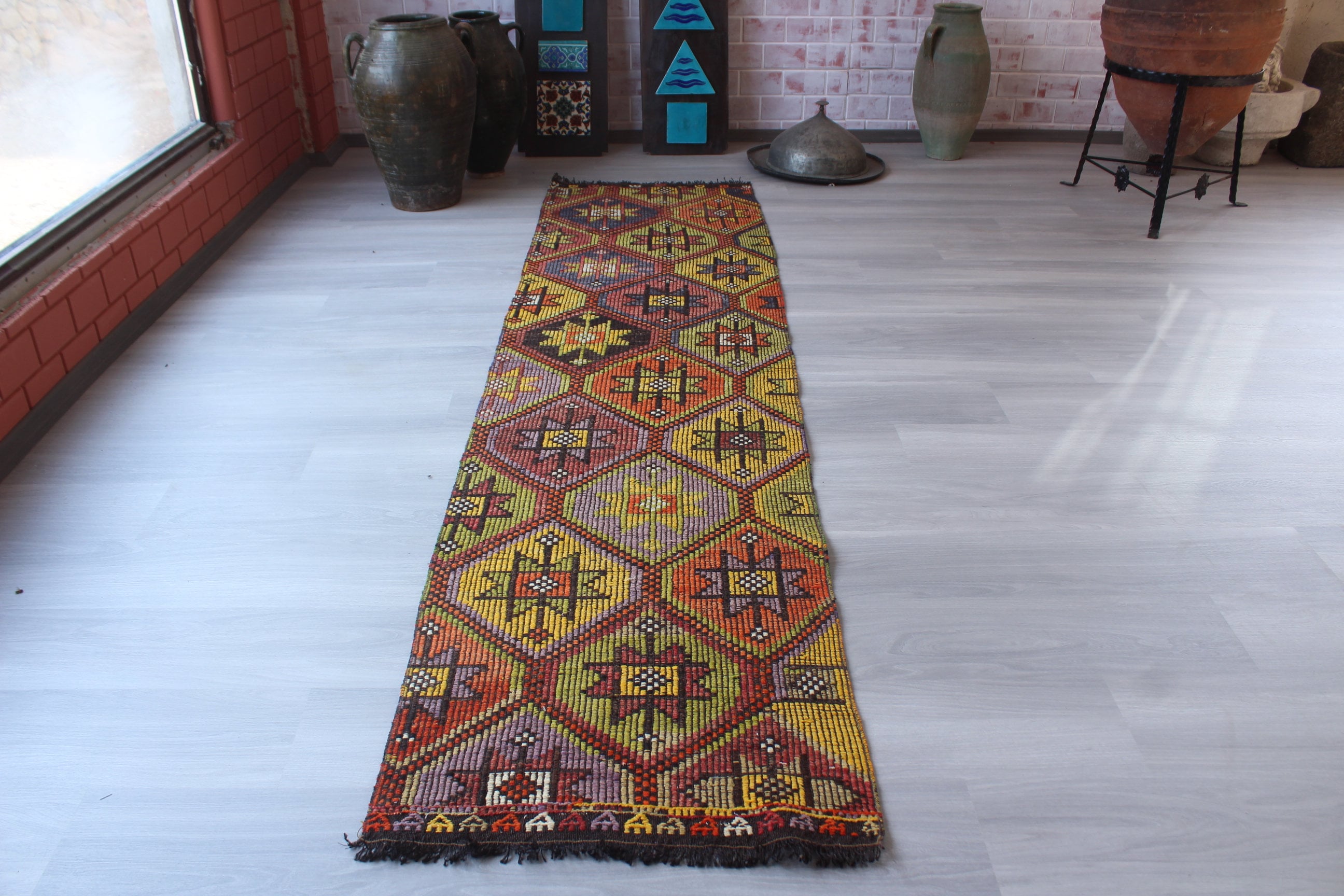 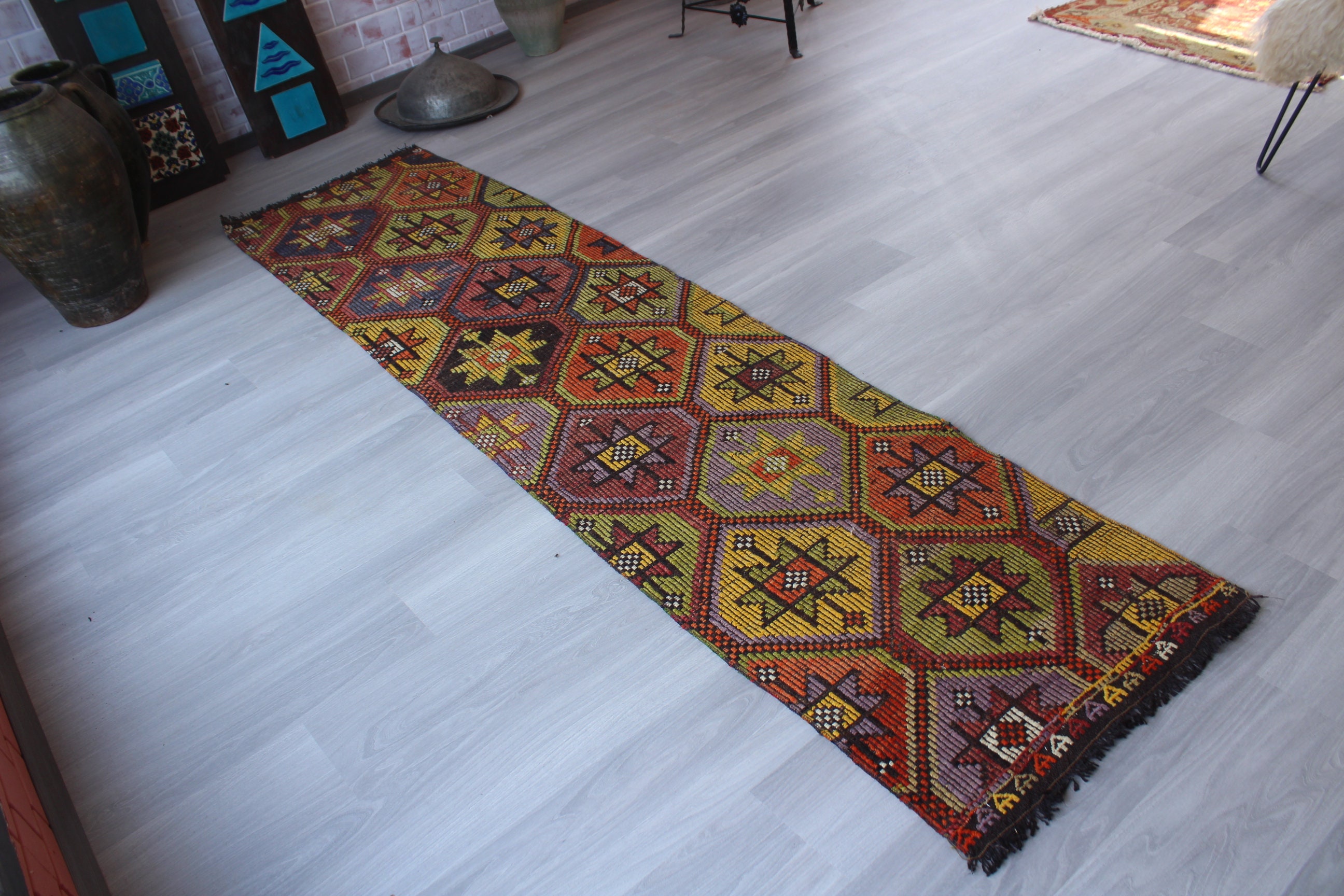 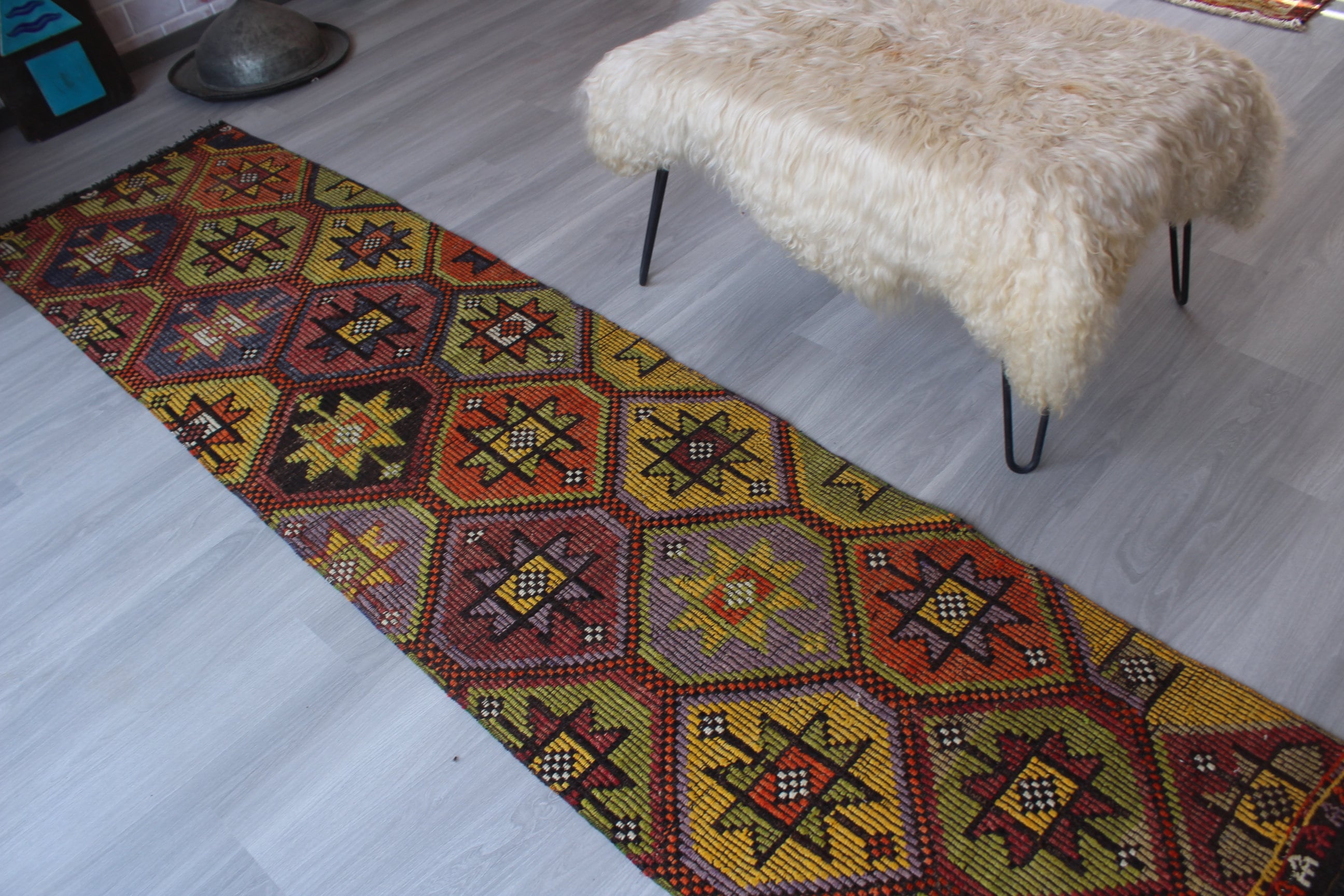 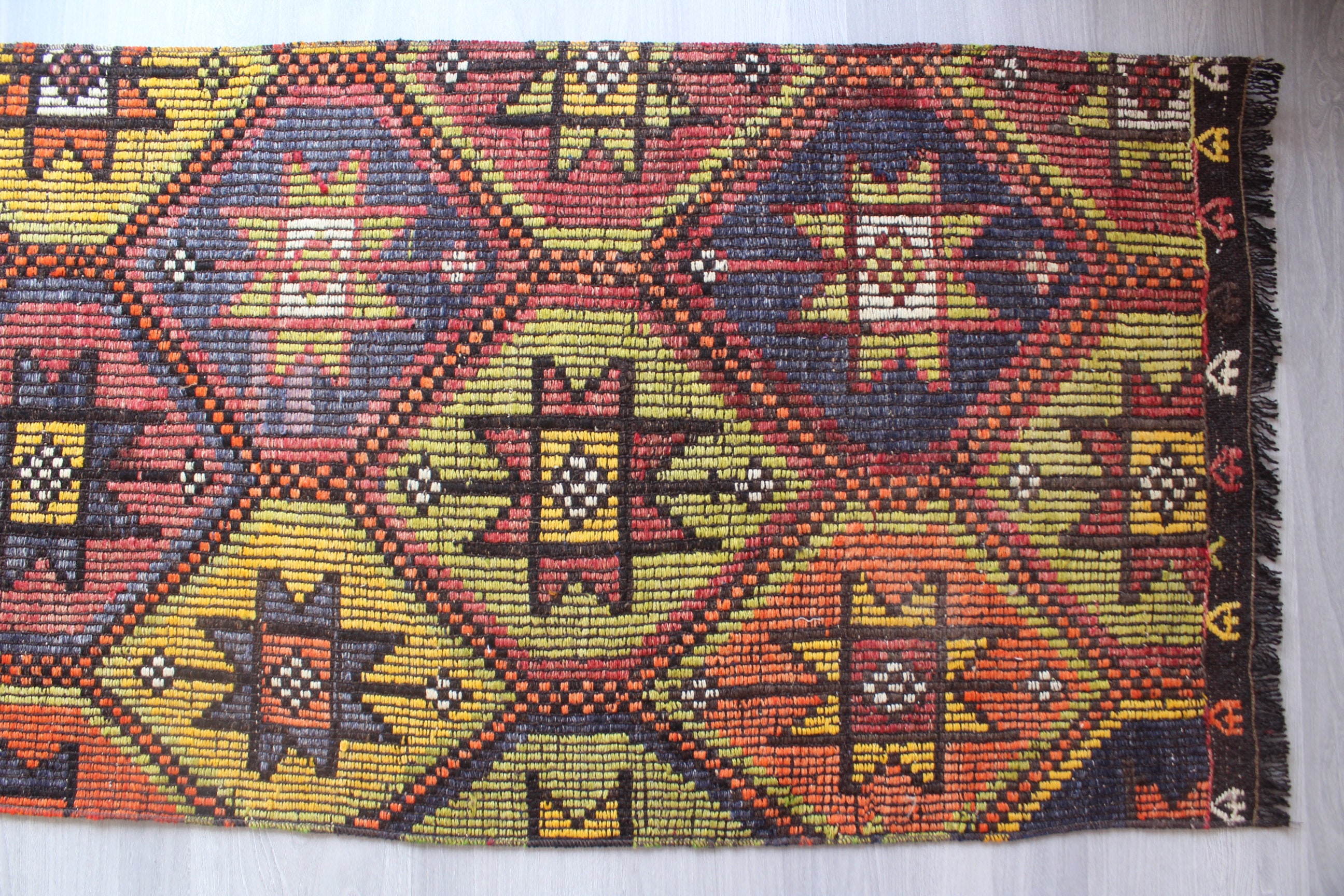 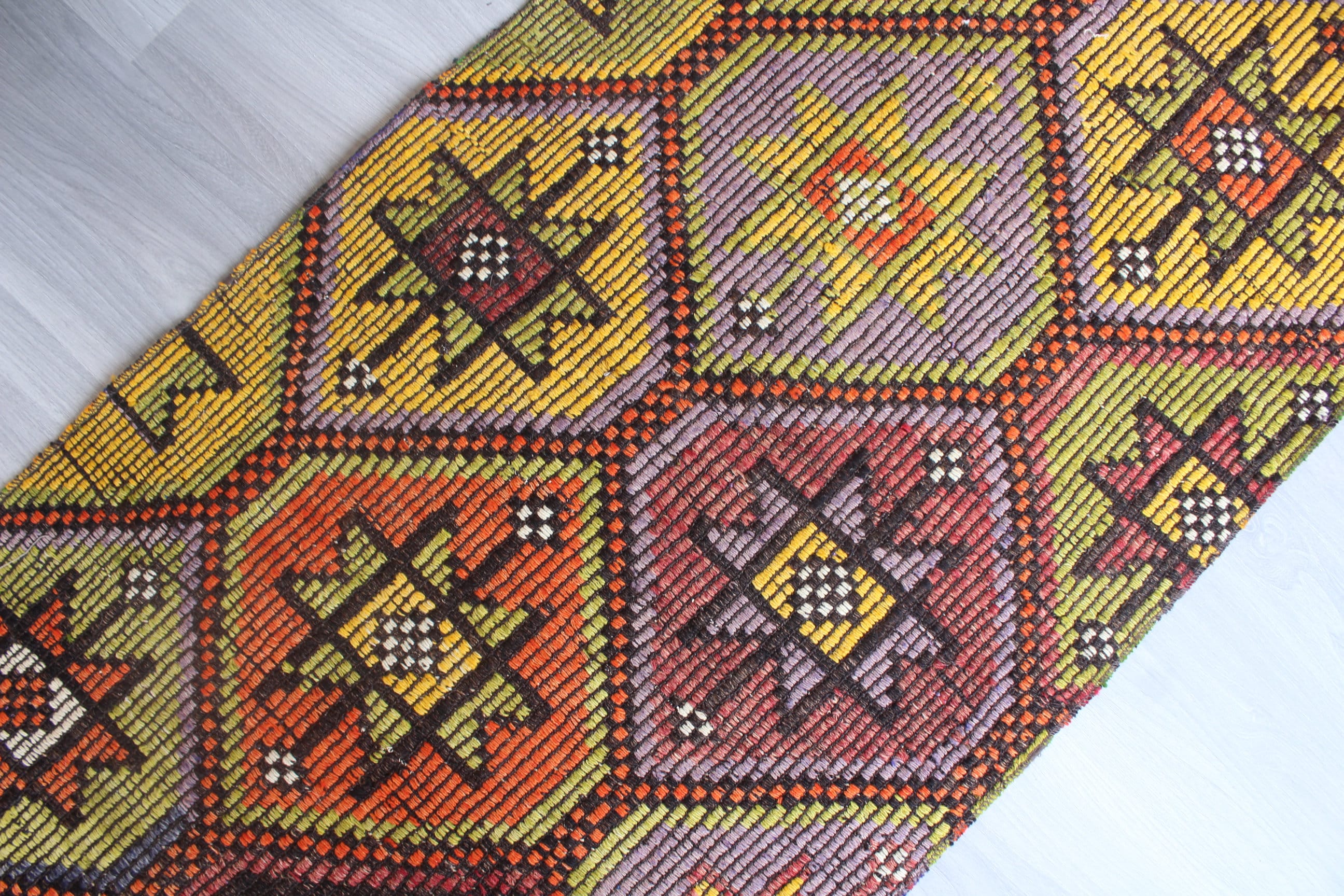 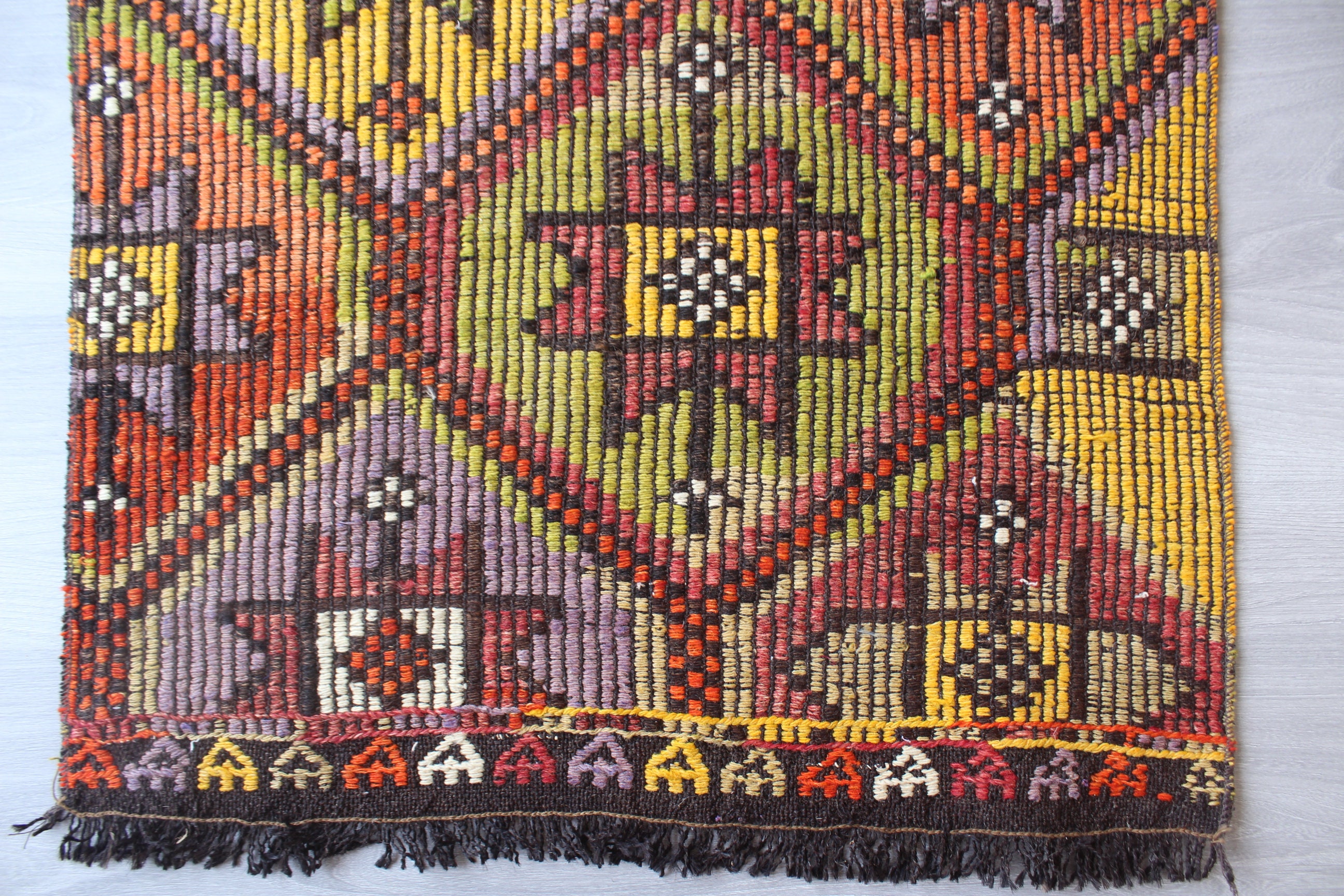 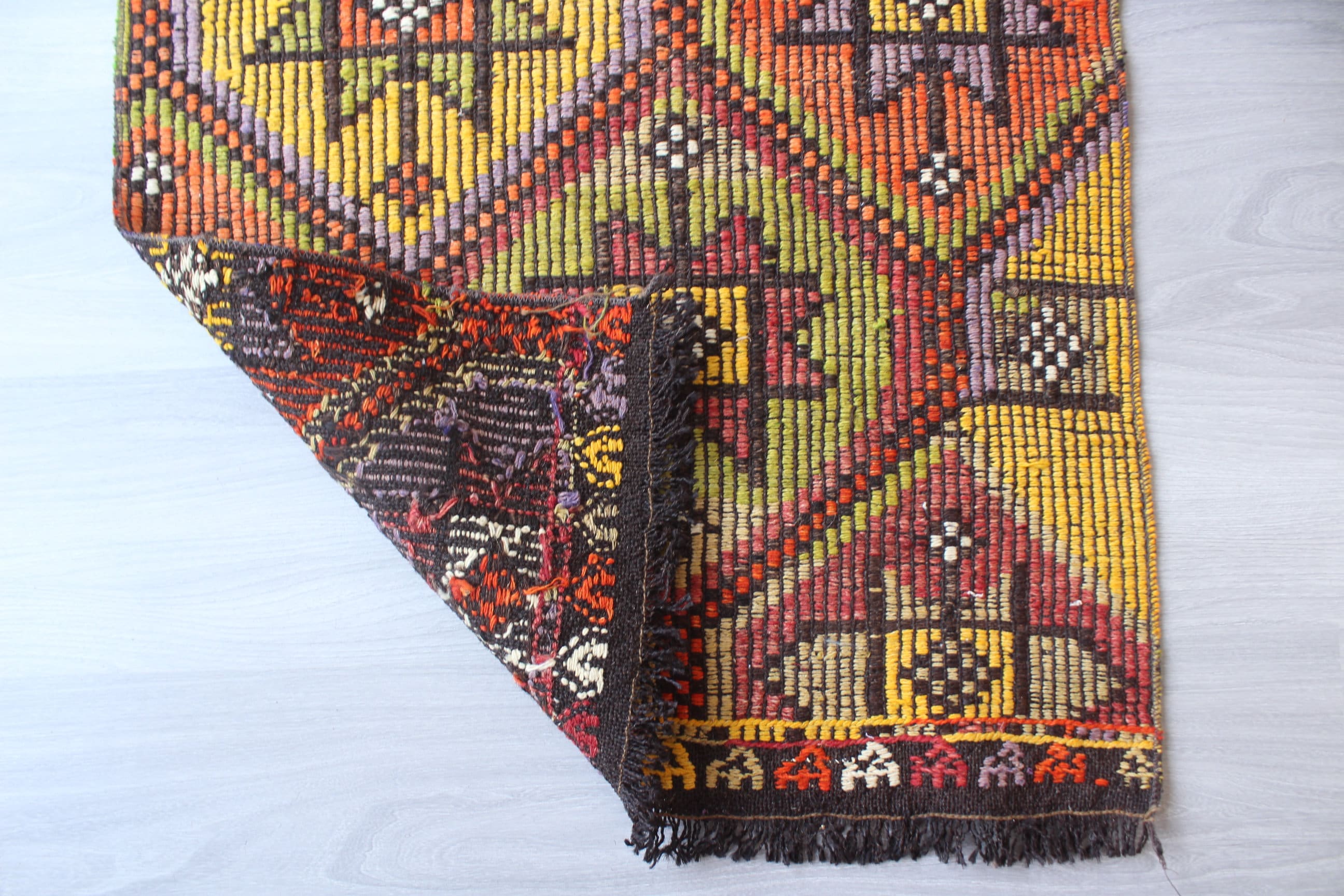 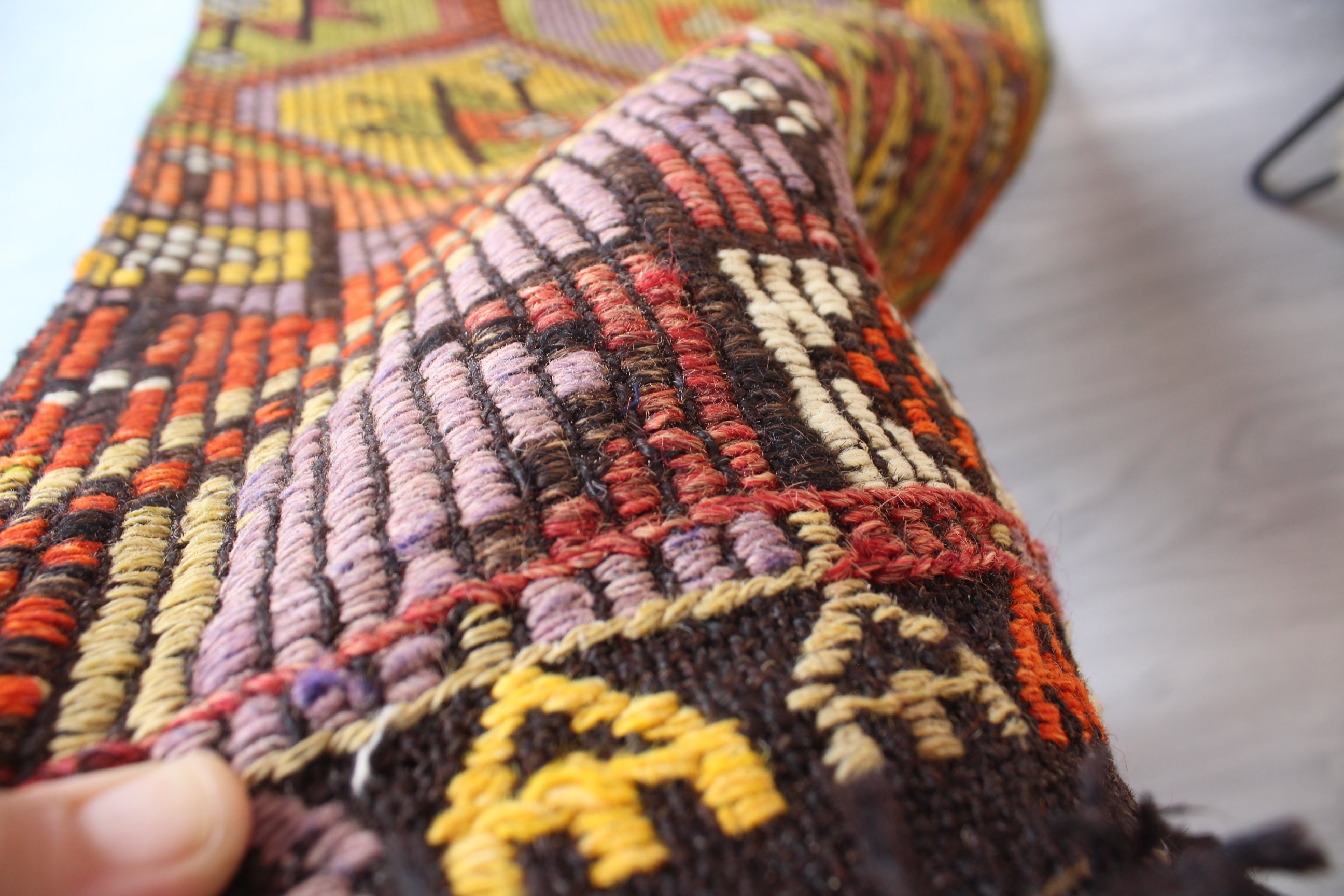 Kilim, a word of Turkish origin, denotes a pileless textile of many uses produced by one of several flatweaving techniques that have a common or closely related heritage and are practiced in the geographical area that includes parts of Turkey. Wool is the primary and often the only material used to make a kilim rug. Many kilim are made totally from wool ith cotton warps, which accounts for the great majority of all kilims.

There are five basic categories of motifs used in kilims, though the combinations are infinite: animal motifs (most frequently birds, but also dragons and bugs), plant-based motifs, geometric motifs (the most common), symbolic motifs (reflecting the emotions of the weaver as well as natural events) and mixed motifs (a variety of combined designs such as letters, vases and columns). There is almost always a symmetrical design in the completed kilim, producing a mirror image down the center line.

The meaning of the images can also be quite intriguing. For example, a design named "hand on the waist" signifies fertility. It could inform a household that a bride is expecting. Earrings and hair braids are used by young girls to tell their parents they are ready to get married. While a hook is woven to ward off evil eyes with its spiky edge, the horns of a ram symbolize bravery, bounty and joy.

I gladly accept returns and exchanges

Ship items back to me within: 14 days of delivery

But please contact me if you have any problems with your order.

The following items can't be returned or exchanged

Because of the nature of these items, unless they arrive damaged or defective, I can't accept returns for:

Wholesale is available on all items in our shop

We make custom order pillow covers and throws. Also if you need a special size, colour, design carpet or kilim you may ask for it.

If you want gift wrapping mention it with your order.

Products which are ready to ship will be given to FEDEX in max 3 days. Personalized orders will take some more time and we will inform you about the process.

0 items in your cart